After puppy ingests pot while out on a walk, vet warns it’s ‘like catnip for dogs’ – BC

Pitt Meadows resident Kim Marosevich was alarmed when her five-month-old Australian Shepherd couldn’t take one step without falling over only a short time after finishing up a morning walk on Wednesday.

“He got up off his dog bed and collapsed,” Marosevich said.

Once she realized he hadn’t injured himself, she suspected River had ingested something while walking on the dykes along Neaves Road in Pitt Meadows that morning.

As a former SPCA manager who now works with the City of Surrey bylaws department she saw the warning signs and immediately rushed him to their veterinarian in Aldergrove.


The veterinarian ran urine tests and found it was positive with THC.

“I carried him into the clinic. It was a little more extreme then. He was even more wobbly and rocking in place. And I learned that dogs with TCH toxicity often exhibit a characteristic startle response,” Marosevich added.

With marijuana legal now, River’s owner wants people to be aware that discarding even a small amount of pot can make an animal sick. She said she’s not condemning anyone from using pot, but just wants people to be mindful of how they dispose of it or any edible.

“Anything that can be ingested by a domestic animal could also be ingested by wildlife and they don’t have someone to notice that they’re not well and take them to the vet,” she said. 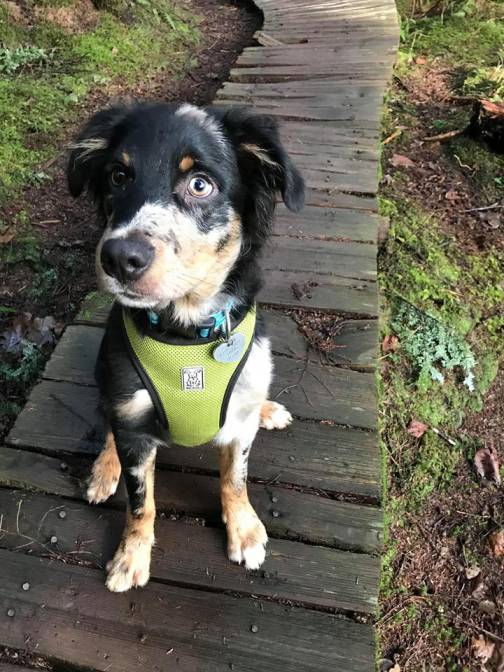 Walton said the most common sign your dog has ingested pot is the dog stumbling, the pupils being dilated, but the main one is “acting like they are drunk.”

He said pot toxicity is common in dogs and cats, but finds that since the legalization of marijuana in Canada, owners are more willing to be honest about what may have happened. Walton is urging pot users to make sure their weed is secure like in a sealed container.

However, Dalton said one major concern since legalization is that people may leave it out in the open where before it may have been hidden from view.

While it’s rare that a dog would die from ingesting pot, Walton said there is a greater risk for side effects in smaller breeds, puppies and older dogs.

While Marosevich was left with a vet bill, she is just grateful that River will make a full recovery. The pot he ingested “wasn’t laced with fentanyl or cocaine that could kill my puppy,” she said.