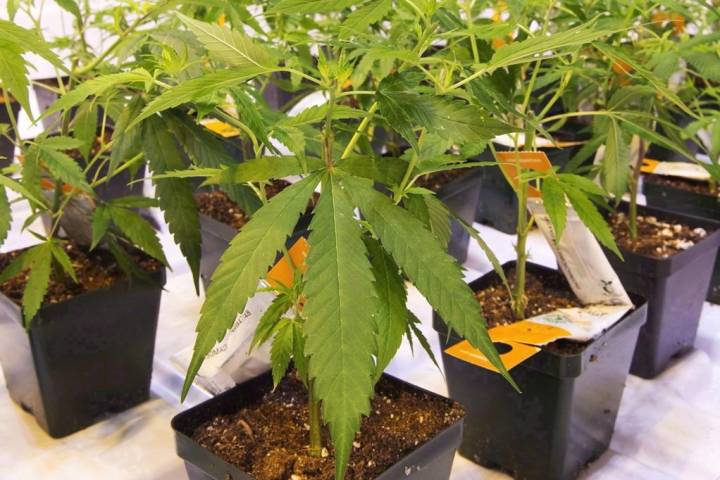 The Edmonton-based company posted revenue in what was the first quarter of the company’s 2019 financial year of $29.7 million, more than triple the $8.2 million during the same period ended Sept. 30 last year.

Aurora’s latest results did not encompass sales of recreational cannabis after Canada legalized pot for adult use on Oct. 17, but its chief executive Terry Booth said the company’s initial roll-out has been a “success” thus far.

The company said Aurora ranked among the top selling products and brands in many of the provinces the it committed to supplying.

“Our initial roll-out success demonstrates … our preparedness for the logistical challenges in effectively bringing our products to market,” he said in a statement.

“Given the strong unmet consumer demand evident across Canada, we are confident that our rapidly increasing production capacity will result in continued acceleration of revenue growth.”

Aurora Cannabis posted a quarterly profit of $104.2 million, up from nearly $3.6 million a year ago, boosted by an unrealized non-cash gain on derivatives and marketable securities.

The average net selling price was $9.19 per gram in the quarter, up 12 per cent compared with a year ago, boosted by an increase in cannabis extracts sold.

Analyzing the performance of marijuana companies is difficult because of accounting rules used in the agriculture industry that require companies to put a value on their pot plants before they are harvested, and approaches differ between producers on how to apply these guidelines.

A container of CBD marijuana from Aurora Cannabis. This is what arrives in the mail for for medical users, and the buds are placed in a vaping pipe for consumption. Photo taken in Edmonton, Alta. on October 3, 2018.

With the legalization of recreational cannabis on Oct. 17 — making Canada the second country in the world after Uruguay to do so — the highly anticipated new market for pot finally opens up, and those plants and harvests earmarked for those customers will begin translating into concrete earnings as well.

However, the initial roll-out of adult pot use in Canada was plagued with problems including product shortages in many markets, as demand outstripped supply. Some government entities tasked with the sales and distribution of recreational cannabis in various provinces have said they are receiving less product than expected, and warned that the shortages could last for months.

Aurora noted the revenue for its latest quarter included about $600,000 from its initial shipments received by provinces in the final days of September ahead of the legalization of recreational marijuana in Canada on Oct. 17.

The company added that during the three months ending Sept. 30 and subsequently the company has made “significant progress towards increasing its production capacity, including receipt of various sales and production licenses.”