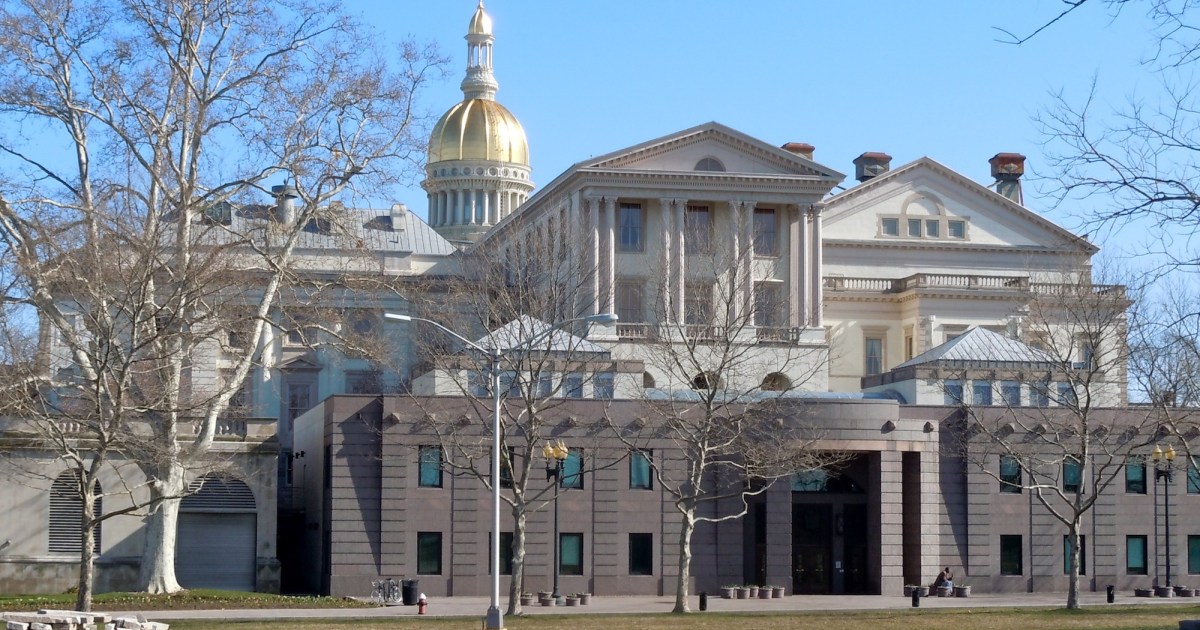 After adult use legalization efforts in New Jersey imploded last week, committees on Monday voted overwhelmingly to advance medical cannabis expansion and expungement plans, and now the full New Jersey Legislature is expected to vote on the proposals as early as this Thursday.

If signed into law, the medical cannabis expansion increases: the number of shops from which patients can access medical cannabis (patients currently have to register at a single dispensary, which are called alternative treatment centers in the state); the maximum amount of medical cannabis that can be dispensed to a patient (from two to three ounces); the kinds of qualifying medical conditions; and the types of medical professionals who can recommend medical cannabis.

The bill also provides legal protection to registered medical cannabis patients and caregivers, in an aim to avoid discrimination when applying to schools, renting property, or applying for state permits and licenses. Further, employers are required to give employees a chance to provide medical explanations if they test positive for medical cannabis during drug tests, and insurance carriers are barred from denying or overcharging for medical malpractice coverage to health practitioners dealing in medical cannabis. If passed, the bill would transfer the task of regulating the program from the Department of Health to an agency yet to be created.

“Without question, it is an efficacious substance—for some people dramatically so, life-alteringly so,” Senator Declan O’Scanlon said of medical cannabis. “This action today is significant and important to those folks.”

A separate bill made revisions to the state’s “Indictable Offenses” statute to allow expungement of criminal records related to sale, possession with intent to distribute, and distribution of controlled substances, including cannabis, should a person meet the criteria for expungement.

“For someone who’s a 16-year-old, or 17 or 18, who got caught with a joint for the first time and is now a criminal for life,” said Senator Richard Codey, “this is a major step forward.”

Senators Joseph Lagana, Codey, Ronald Rice, Steve Sweeney, Vin Gopal, and Joseph Vitale—all Democrats—voted to pass the bill. Senator O’Scanlon, a Republican, abstained citing some concerns he had about how possession of cannabis above one ounce will be treated criminally.

Senator Rice, however, was critical of the Senate’s decision to not have a separate bill for cannabis criminal records expungement. Tying it with a broad expungement bill means that people with cannabis convictions have to wait three years before they can apply for expungement, the same as for all other offenses. And since black and brown people face a higher rate of cannabis-related charges than whites, it puts them at an unfair disadvantage, he said.

“The legislature, for whatever reason, has continued to play games with the marijuana piece,” Rice said. “Meanwhile, we’re gonna have folks sitting up in jail who shouldn’t be there. We’re gonna have folks with criminal records for marijuana when there shouldn’t be criminal records, that can’t get a job. And yet you’re telling me [there’s] social justice for black folks.”

The Assembly Appropriations committee met later in the afternoon to take up their own bill, which was first introduced in June of last year, to expand medical cannabis in the state of New Jersey.

“The state is about to take a major step in the evolution of how medical marijuana is available to our citizens,” Assembly Appropriations Chairman John Burzichelli said as he introduced the medical expansion bill. “There is just clear proof of the value of having this choice available to the people, and we are catching up, doing statutory housekeeping today to make sure that happens in a fashion where the people who need help can get relief. So, I congratulate all the sponsors.”

The amendments to the bill, many of which were introduced last week, are extensive. Ultimately, the bill would establish additional legal protections for patients and caregivers, and would revise requirements for caregivers and alternative treatment centers.

Hugh Giordano testified as a representative of the United Food and Commercial Workers (UFCW) union.

“I want to comment on the labor piece and the neutrality agreements that are going to be put into the expansion of medical and hopefully the future of adult use,” Giordano said. UFCW represents cannabis workers in some United States and Canada jurisdictions. “It’s important for workers within cannabis to have a labor voice and have a union voice because this is a federally unregulated industry.”

Giordano continued, “Most of these workers have a four-year or longer degree in horticulture or chemistry or science. And just like any other trade — carpenters, iron workers — they should have the same wages and protections and guarantee that they can retire with dignity.”

The Assembly Appropriations Committee advanced the medical expansion plan 9-1. They also cleared two other cannabis bills, one focused on criminal penalties and the other on hemp.

The first bill, passed through the committee 7-2, would “regrade the unlawful distribution of, or possessing or having under control with intent to distribute, less than five pounds of marijuana or less than one pound of hashish,” according to a copy of the bill released last Thursday.

“Five pounds is too much for me to stomach,” said Assemblyman Harold Wirths, who voted against the bill. “I’d like to be able to vote for this bill but the way it is I’m a ‘no.’”