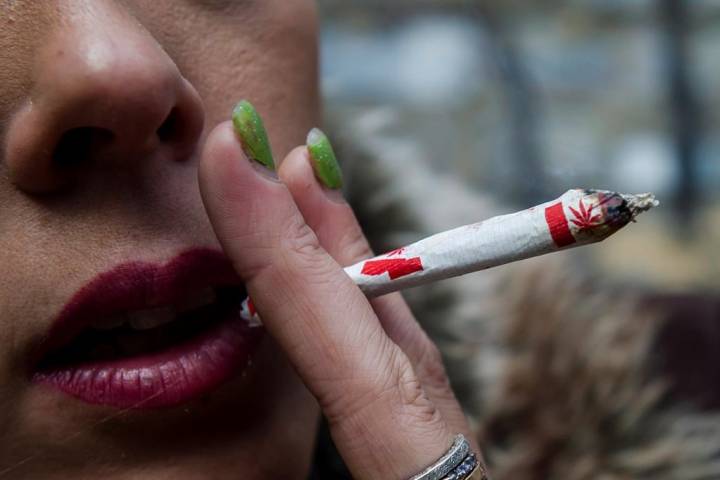 It’s been less than a month since cannabis legalization across Canada.

But a new Angus Reid Institute poll suggests three-quarters of Canadians believe the minimum age to purchase and consume cannabis should be raised.


Differences of opinion on this, are driven largely by age. Those who responded between the ages of 18 and 34 are twice as likely to say that they are pleased (44 per cent) rather than disappointed (22 per cent) to see marijuana available for recreational use, while the opinions of those over the age of 55 are inverted, with 23 per cent pleased and 43 per cent disappointed.

Executive director, Shachi Kurl, says a quarter of British Columbians think the legal age should be changed from 19 to 21.

Kurl also says that one in four Canadians have gone shopping for legal pot over the past month, but far less are actually buying it.


“But when we look at the number in all who say they’ve used cannabis since [the] legalization date and since the time we took the poll, that’s about one in 10.”

She says a large reason is due to the pot shortage across the country.

Kate Bilney with the BC Liquor Distribution Branch admits Canada has had a shortfall of pot since legalization.

“As a whole, Canada-wide, we are facing product shortages just because it is a very instant industry.”


Bilney says because of Health Canada’s rules on how to get licensed, they don’t have enough marijuana producers.

“There’s a lot of producers that are still waiting on licensing so we are limited in where we can find our product to cater to the entire retail market.”

Health Canada says in a statement that they remain confident there is a sufficient supply of cannabis to meet demand now and in the future.

Alberta and New Brunswick are just some of the other provinces which have also seen a supply shortage since legalization.