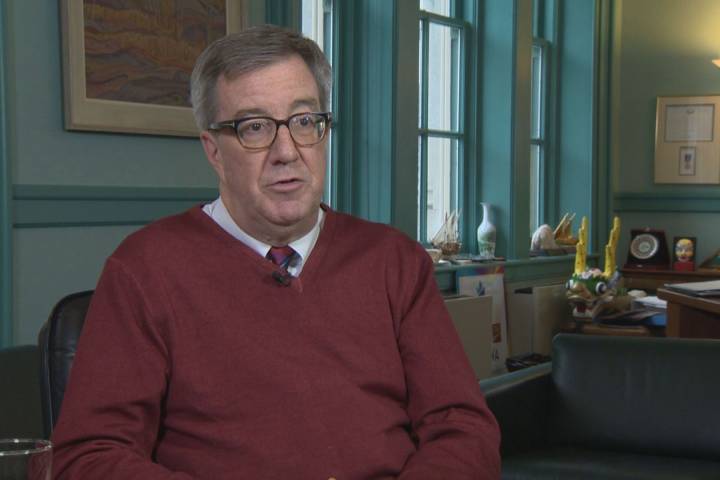 Ottawa Mayor Jim Watson says the provincial Progressive Conservative government’s sudden move last week to phase in legal retail cannabis stores is “probably wise” in the context of a product shortage, but he still hopes Ottawa will get three of the five stores slated to open in eastern Ontario this spring.

Mere hours after Ottawa city council unanimously approved allowing pot shops in the capital — based on the understanding that the province would not cap the number of store licences awarded — the Ontario government announced Thursday night it would only allow 25 stores to open on April 1, 2019, and then gradually license additional shops.


Finance Minister Vic Fedeli and Attorney General Caroline Mulroney cited “severe supply shortages across the country” as a main reason for the change.

Watson said he backs the province’s move to roll out the stores in stages if “the capacity to produce the product in time” isn’t there, suggesting irked customers might return to the illegal market for their marijuana if the legal shops don’t deliver.

“You’ll end up with all this infrastructure in place — store signs and everything else — and then two days into it, you’ve run out of marijuana and the public feels very frustrated and then they go back to the black market,” Watson said in a year-end interview with Global News on Monday.

According to the Ontario government’s new regulations, no more than five of the first 25 stores will be located in the “East Region” of the province. The regulations outline the following jurisdictions as part of that region:

Watson said Monday that he’s crossing his fingers that Ottawa, as the second-largest city in the province, will get three of the five East Region stores (Toronto, by comparison, will get a maximum of five shops).

“At the end of the day, that’s the provincial government’s decision,” the mayor said. “In an ideal world, we’d rather have more stores based on the population of Ottawa being close to a million.”


At the same time, having a small number of pot shops might save Ottawa a bit of money, the mayor said. Watson had said earlier this year that the city expected to incur about $8 million per year in public health and enforcement costs due to legalization.

“The fact that there are fewer stores means the costs go down to a certain degree, which is not a bad thing from a taxpayer’s point of view,” he said.

But with potentially no more than a handful of stores in the national capital and ongoing frustrations with the online Ontario Cannabis Store, might the phasing in of pot shops have the effect of turning customers in Ottawa back to illicit drug sales?

“It’s a possibility,” Watson said, suggesting it’s difficult to predict how things will shake out.

“I think the reality is that everyone is travelling down this cannabis road without a road map because it’s relatively new for the province and certainly of the federal government and certainly for us municipally,” he said.


The mayor conceded that the journey down that road so far, from the city’s perspective, has been “frustrating.”

The City of Ottawa first prepared for a government-run, LCBO store model proposed by the former Liberal government — a model Watson has said repeatedly is the one he prefers. The PC government ditched that approach in favour of a private store system in August and introduced the regulations in late September, saying Ontario could have up to 1,000 retail pot shops.

Then, on Thursday, the plan changed again. Despite so many changes in a matter of months, Watson said he’s most concerned, at the end of the day, about getting it right.

“As I said, it’s unchartered waters for every level of government,” Watson said. “We want to do this right. We know the product is now legal, and we’re better to get it done properly as opposed to rushing it and we find ourselves in a situation where you have so many stores and there’s not enough product to service those stores.”

While city council decided last week to let pot shops do business in the capital, many councillors — along with Watson — remain unhappy with the fact that municipalities get no control over where the storefronts are located in the city.

The mayor reiterated on Monday that he’s pushing the province to give cities more power to ensure the stores are dispersed across the city and don’t form clusters in one particular area. He also wants the buffer zone between schools and cannabis stores increased from 150 metres.

Ontario municipalities have until Jan. 22, 2019 to opt in or out of the province’s cannabis retail store system.