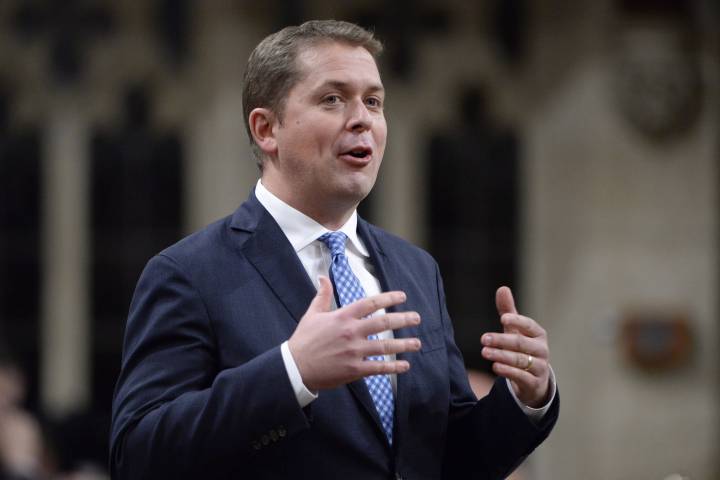 “I support any measure that helps make sure that these types of violent terrorists are held accountable,” Scheer said in an interview on Global News Radio 640 Toronto’s The John Oakley Show, when asked if he supported the Terrorist Activities Sanctions Act set to be tabled by Peterborough-Kawartha MPP Dave Smith.

The motion comes in the wake of a series of Global News reports about Canadians captured in Syria over alleged involvement in Islamic State terrorist activities, which prompted Scheer to blast the Trudeau government over its handling of Canadian terrorism suspects. 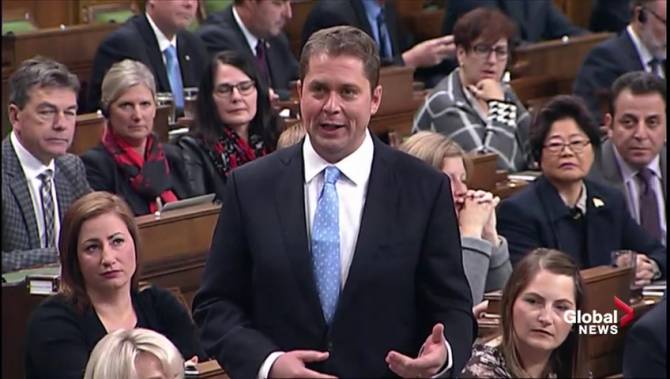 One of them, Muhammad Ali, said in an interview that he had served in an ISIS sniper unit. The Mississauga resident had also encouraged others on social media to join ISIS or attack Canada. 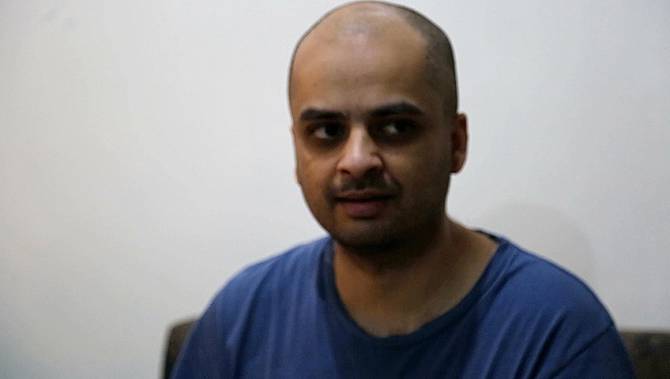 Scheer told AM640 he had already pressured the federal Liberals to go hard at terrorists returning to Canada, and urged them to “put them in prison, charge them and take away their ability to walk the streets and infect others with their extremist ideology.”

READ MORE: Jihadi Jack wants to live in Canada. Here’s what officials are doing for ISIS fighters in Syria

Legal experts told Global News that such a measure could violate section 7 of the Charter of Rights and Freedoms, which protects a person’s right to life, and is also outside the mandate of the Ontario government as violations of the Canadian Criminal Code are a federal responsibility.

While Scheer didn’t address specific sections of the act, he appeared to signal his support for stripping convicted terrorists of benefits.

“I don’t believe that they deserve anything beyond the bare minimum when it comes to what citizenship means,” Scheer said.

Carbon tax rebates a ‘shell game’
The opposition leader also took aim at Prime Minister Justin Trudeau over his stated plan to return 90 per cent of carbon tax monies to Canadians in the form of rebates.

“It’s a giant shell game. They’re acknowledging that costs will go up on home heating and gas but what they don’t factor in is the cost of the secondary effects of the carbon tax,” he said. 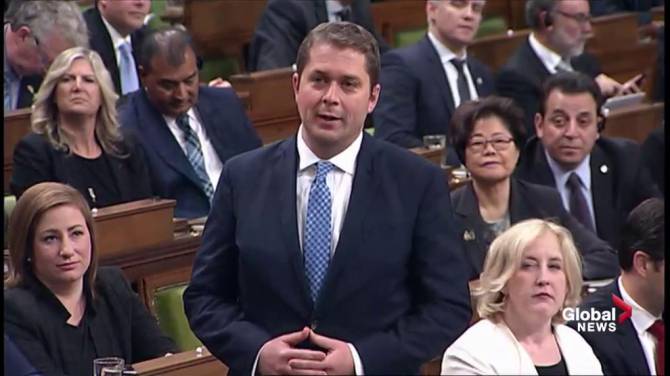 Scheer accused Trudeau of selectively releasing information about the impact of his carbon tax plan and redacting some sections.

He then assured listeners that a Conservative government would repeal the carbon tax if elected.

However, Scheer said he had no interest in repealing legalized marijuana — which he described as “the new reality” — although he expressed a desire to tighten what he called the Trudeau Liberals’ “rushed” legal pot regime.

“Making it illegal again is not something that is realistic,” Scheer said. “We would instead be focusing on where we can fill in the gaps of where this Liberal government rushed this through.”

Public education campaigns, more tools for law enforcement and greater protections for youth and young people are areas that need to be strengthened following the legalization of recreational cannabis, Scheer said.