Is alcohol or pot healthier for you? Some Canadians considering switching away from booze – National

Roughly one month after cannabis legalization, Canadians can now legally reach for a vaporizer as easily as a beer after a long day at work — at least, once supply issues are resolved.

But which is the healthier choice?

According to a new poll conducted by Ipsos exclusively for Global News, nearly half of cannabis users — 45 per cent — say they will drink less alcohol now that pot is legal.

Jennifer McLeod Macey, vice-president of Ipsos Public Affairs, isn’t sure that will actually happen, though.

“There’s differences between what we think we’re going to do and what we’re actually going to do,” she said.

In other areas, Ipsos hasn’t found much difference in behaviour pre- and post-legalization.

However, there’s some evidence that people might be serious. One working paper study of U.S. counties that implemented medical marijuana laws found that alcohol sales fell once the laws came into effect. A 2016 review of studies on the subject found evidence that some people substitute alcohol for marijuana, and some people just use both.

WATCH: Is weed good or bad for you? Everything we know about the health effects of cannabis 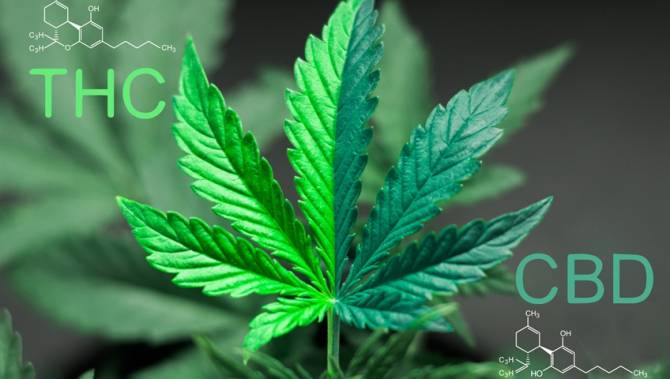 Replacing alcohol with marijuana might be the healthier choice, according to Jason Busse, associate director of the Michael G. DeGroote Centre for Medical Cannabis Research at McMaster University.

“When you look at the evidence we do have, it does seem to appear that alcohol is more risky than cannabis,” he said.

In the short term, at very high quantities, alcohol can be dangerous.

“You can drink yourself to death. You can binge drink and die fairly quickly. It doesn’t happen often but it does happen,” Busse said.

“Cannabis, on the other hand, you can’t fatally overdose on.”

A lot of the short-term risks of either cannabis or alcohol depend on how much you have, how often you have it, how fast you consume it, who you’re with and what you’re doing, according to Dr. Peter Selby, chief of medicine in psychiatry at the Centre for Addiction and Mental Health.

“If somebody had a joint, and even if they were hallucinating or getting paranoid, but they were at home, safe, had somebody with them — pretty much that would pass, and you wouldn’t come to too much harm,” Selby said.

READ MORE:
Cannabis IQ: Almost half of Canadian pot users say they use daily. Here’s why regular use is risky


Similarly, if someone drank too much but had others around and was in a safe environment, they probably wouldn’t get too hurt, he said.

And you don’t want to drive in either case, he said.

Long-term, both Busse and Selby agree, alcohol is worse for you than cannabis.

“I think if you take a look at the addictiveness from use and from long-term, then clearly the harms associated from alcohol far outweigh those associated with cannabis,” Selby said.

Chronic exposure to alcohol is associated with cancer and liver cirrhosis, falls and injuries, strokes, gastritis and other problems, he said. “We haven’t seen that with cannabis use.”

Around 77,000 Canadians were hospitalized for conditions directly caused by alcohol in 2015-2016 — more than for heart attacks — according to a recent study by the Canadian Institute for Health Information.

READ MORE:
77,000 Canadians hospitalized because of alcohol in 2016


That doesn’t mean that cannabis is perfectly safe, though. Smoking it can harm your lungs, and in young people who are prone to psychosis, it can trigger an early onset of symptoms, he said. Some people can also develop hyperemesis, a condition characterized by excessive vomiting.

And given that there isn’t a lot of research on cannabis, there may be other harms we don’t know about yet, said Busse. “One of the reasons that we might have a bit of a rosy picture about cannabis is it hasn’t seen as much study as alcohol.”

READ MORE:
Alcohol is killing Canadians, so why are we still drinking?


Both substances have issues, Busse said.

“I don’t think anyone should be consuming alcohol or cannabis with the expectation it’s risk-free. We certainly can say with firm conclusion that’s not true.”

Selby agrees. “If you’re truly concerned about your health, you’d recommend neither, because none of them have a health benefit,” he said. “They have a personal benefit in the short-term for people who want to use it.”

He’s not against that, though. “Our universal precaution is: use if you must, and if you do use, use less and use safely and don’t use daily.”

Exclusive Global News Ipsos polls are protected by copyright. The information and/or data may only be rebroadcast or republished with full and proper credit and attribution to “Global News Ipsos.”

This Ipsos poll on behalf of Global News was an online survey of 2,402 Canadians conducted between Nov. 1-6, 2018. The results were weighted to better reflect the composition of the adult Canadian population, according to census data. The precision of Ipsos online polls is measured using a credibility interval. In this case, the poll is considered accurate to within plus or minus 2.3 percentage points, 19 times out of 20.