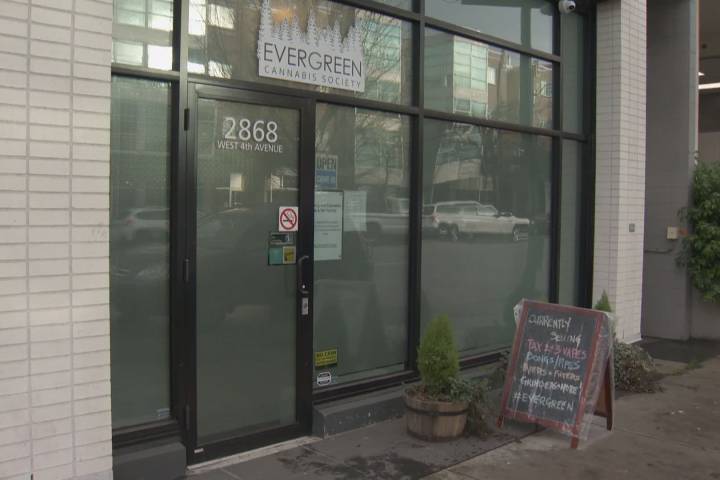 The Evergreen Cannabis Society on West 4th Avenue is still set to be Vancouver’s first legal pot shop, but it won’t be opening on Saturday.

In a tweet, the recreational cannabis store said its grand opening will be delayed to Jan. 5 due to the holiday season impacting timelines at Vancouver City Hall.

Co-owner Mike Babbins told Global News earlier in the week it took him four years to get to this point.

Several dozen other cannabis businesses have earned development permits from the city, but Evergreen is the only shop that’s been given the green light to open its doors.